Long Board Games to Distract You for Hours

Risk is a classic war game: move your troops around the map, aiming to conquer and hold control of the world. If you’re looking for board games that you can play online, Risk is a good option. It’s one of those games that involves shoving entire fistfuls of miniscule plastic pieces around the board, so unless picking up hundreds of tiny things you’ve dropped is your idea of fun, playing Risk online might be a better gameplay experience than playing it in person. (If you do enjoy picking tiny things up off of the floor, you don’t need to play board games in order to have hours of fun; just tip over a box and get the party started. We’re not judging you.) 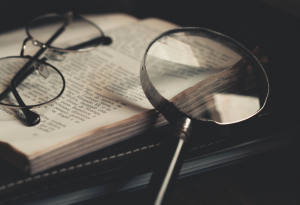 If your style is less conquest and more clues, dig out your deerstalker and investigate Sherlock Holmes: Consulting Detective. These collections of ingenious cases present you with all the information necessary to solve a mystery… provided you can work it out! If you’re curious (or bored), you can currently check out one of their cases, The Mystified Murderess, for free online.

A lot of people’s go-to when someone says ‘long board games’, Twilight Imperium is a huge sci-fi strategy and conquest game set in the turbulent galaxy that surrounds capital planet Metacol Rex. Players play as one of 17 factions vying for control of the galaxy, each of which puts its own spin on the game. Some long board games have simple rules that just happen to take a long time to resolve: Twilight Imperium is the opposite, offering a massive depth of complexity and options. The publishers’ website lists play duration as 4-8 hours. Strap in and bring snacks.

Exit: The Catacombs of Horror

For escape room fans, Exit escape room board games provide riddle cards, a decoder disc, and a series of tricky puzzles to solve in order to ‘escape’ the scenario provided. The Catacombs of Horror is a double-length game, with twice as much puzzle-solving fun. Plus, it’s the hardest difficulty level of Exit game currently released, so if you’re looking for something that’ll take you a long time to play, you’ll find the solution (literally) in these creepy puzzle-filled catacombs! 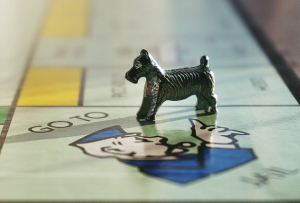 It wouldn’t be a list of long board games without including Monopoly, everyone’s favourite least-favourite game. The Monopoly franchise is clearly aware of the game’s reputation as the game that goes on forever — if you hate yourself and your board game group enough, try playing the variation on the game entitled ‘Monopoly: Longest Game Ever’, which doesn’t end until someone owns all of the 66 properties on the extra-long board.

Alternatively, you can make your own regular copy of Monopoly last forever with some house rules. My childhood house rule was that nobody was ever ‘out’ of the game. Instead, once you were out of money, you kept travelling around the board without paying anyone any rent, slowly re-gathering money until you’d unmortgaged all your properties and saved up $200. At this point, you were back in the game, ready to be completely wiped out again almost instantly when you landed on one of the hotels the other players had built while you were drifting sadly round and round in the Monopoly equivalent of Purgatory. This could go on for days, until you could almost hear your little metal token begging for death as it passed go. Fun for all the family!

If you need a change of pace, we’ve also recommended some great quick board games! Or for a break from board games, tabletop RPGs are another great way to spend time during the lockdown — check out our tips for getting started playing D&D online.