Ever wanted to see how you’d fare as a secret agent? The tense time pressure of a ticking clock (or bomb!), cool gadgets and hidden doors, the fate of the world resting on your shoulders: it’s no wonder that spy-themed escape rooms are so popular! We’ve gathered a list of our favourite spy films to fire up your imagination and get you in the secret agent frame of mind. 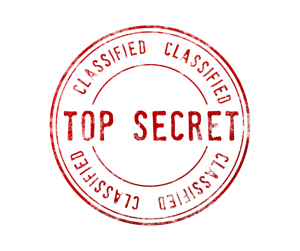 Most people’s introduction to the spy movie genre comes in the form of the Bond films. Beloved by their fans, and familiar even to people who have never watched a spy film, the culturally ubiquitous Bond is one of the first things that jumps to mind whenever anyone mentions spies. With over 20 films in the franchise, choosing a starting point can seem daunting—here are three of LockHouse’s favourite Bond films to get you started.

‘What’s the best Bond film?’ is a contentious question; you’re more likely to get a heated argument than a straight answer. Opinion at LockHouse is divided between From Russia with Love (1963) and Goldfinger (1964). Rich in gadgets, quips, and action, Goldfinger comes in at number one on most lists of the best Bond films. From Russia with Love is less flashy, but more grounded in its thriller-style plot and characterisation. If you need a break from the ‘60s, Casino Royale introduces Daniel Craig as a dark and dangerous Bond, and includes some great action sequences created using physical effects rather than CGI.

A modern twist on some of the Bond-esque tropes, with a glorious mix of action and humour. The cinematography is excellent, keeping the fast-paced sequences feeling focused rather than chaotic. Secret spy academy training programs, beautifully choreographed and filmed action sequences, reflections on what it means to be a gentleman regardless of the privilege of wealth, cute puppies—Kingsman has it all.

Intricately-woven and psychological, this Cold War drama doesn’t rely on gadgets or glamour in order to achieve its harrowing levels of tension. Gary Oldman delivers a fantastic performance, doing a lot of grim, intense emoting as the (ironically named) George Smiley. The sets and scenery of the film are beautifully stark and dreary, helping to build the atmosphere which defines the film.

A sleek, stylish spy story, and, more importantly, a tremendously enjoyable film to watch. The heart of this film is in its engaging trio of protagonists, featuring Gaby Teller (Alicia Vikander) backed up by the reluctant collaboration between CIA agent Napoleon Solo (Henry Cavill) and KGB operative Illya Kuryakin (Armie Hammer). Full of action-packed shenanigans, The Man from U.N.C.L.E. is a well-done love letter to the spy genre.

Did we say most people’s introduction to spy films comes from Bond? We were wrong. Spy Kids (and its sequels) are childhood-defining classics—and they stand the test of time. Robots! Gadgets! Submarine chases! An evil villain who’s also a children’s TV host (exquisitely acted by Alan Cumming)! Whether you watched the Spy Kids films as a child or not, they’re almost certainly worth watching as an adult. The humour is still funny; the Thumb-Thumbs (red-jumpsuited creations whose limbs and heads consist only of thumbs) are somehow even more horrifying; the dialogue is iconic. We are deadly serious about including Spy Kids on this list.

Need a break from spies? This high-stakes heist caper is a great tonic for those suffering from Bond overload. If it were a spy film, its ensemble cast of ingenious characters would no doubt occupy the role of villains. There’s something refreshing about rooting for an audaciously masterminded plan to succeed, rather than waiting for it to be thwarted. Spies or not, Ocean’s 8 is fun, fabulously acted, and has no shortage of excitement. 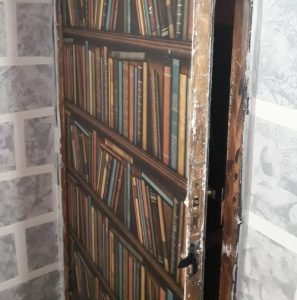 What could lie behind this extremely mysterious bookcase?

Want to know more about any of these films before giving them a go? We recommend doesthedogdie.com, where you can check content warnings before you watch (not spoiler-free).

If watching these films has got you itching for a taste of action and excitement, why not start your own mission at LockHouse! Our spy-themed escape room, Secret Agent, is packed with thrills, tension, technology, and everything you love about the genre.