As the spooky season draws ever closer, it’s the perfect time of year for movie nights. Grab a blanket (to snuggle up, or to hide under during the scary parts), and settle in. Don’t know what to watch? Here’s the full roundup of LockHouse’s favourite Halloween movies, featuring ten recommendations from the LockHouse staff. Featuring the best of the genre that our Halloween escape rooms draw on, and ranging from thrilling horror to spooky comedy, these films are sure to get you in the Halloween spirit.

Scream reacted to the backlash against horror at the time, taking people’s fears about the violence the genre might inspire and incorporating them into the film. It’s a classic, playing into everyone’s favourite horror stereotypes and using what the audience expects from the genre to guide the film.

Building on the success of the series, Scream 3 has some amazing fourth-wall-breaking discussions of Halloween tropes and of trilogies as a medium.

Attack of the Lederhosen Zombies (2016)

I asked Emma whether she was serious about this and she said “It’s a movie masterpiece” and “Shaun of the Dead meets snowboarding”. This may not be a good film, but it’s a fun film.

“Nails the claustrophobic, paranoid atmosphere of being trapped during a blizzard.”

Like The Thing? We recommend playing our We Are Not Alone Halloween escape room for a dose of science station isolation.

An American Werewolf in London (1981)

“Made me never want to watch a horror movie again.” Anything that can traumatise its viewers that effectively has got to have something going for it, right?

“Doesn’t hold back on the weirdness and psychopathy of Hannibal Lecter, and that one scene in the dark near the end is terrifying.” 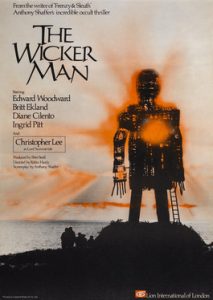 “The most original and disturbing film ever.” This classic draws on the eeriness of the British folk tradition rather than relying on gore for its horror.

“Combines horror with serial killer themes and has some superb disturbing imagery.” Despite being marketed as a sequel, The Exorcist III works as a standalone film.

“Made with virtually no budget, simple but very effective, and doesn’t over-explain things, unlike many horror films. Michael Myers was true evil, unstoppable and unexplained, and the soundtrack is superbly effective.”

If serial killer tropes are your style, we recommend our Cabin in the Woods Halloween escape room.

If the idea of watching a really scary movie makes you want to crawl under the sofa, or if you’re in the mood for some truly unparalleled goofiness, watch What We Do in the Shadows. Taika Waititi’s iconic comedy horror mockumentary film follows the day-to-day (well, night-to-night) exploits of a group of vampires sharing a house in Wellington. 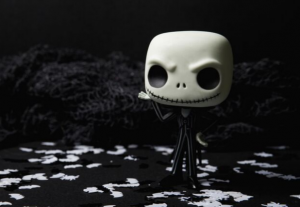 The Nightmare Before Christmas (1993)

Trying to get horror movie recommendations from a group of people who only want to watch The Nightmare Before Christmas is a challenge. This unanimously-beloved animated classic was everyone’s first response to being asked what their favourite Halloween movie was. In fact, as soon as the phrase ‘Halloween movie’ is mentioned, it’s difficult to prevent people bursting into the iconic songs that bring the zany, creepy, delightful world of the movie to life.

You know when you’re watching a horror movie, and the characters do something extremely stupid, and you’re yelling at the screen because they’re doing the exact opposite of what any reasonable person should do? Obviously if you were in that situation you’d be much more sensible, right? Now is your chance to find out. Investigate the gruesome cabin of a serial killer or explore a chilling abandoned space station in LockHouse’s Halloween twist on our standard rooms, playable throughout October 2019. Read about our Halloween escape rooms here.

If you prefer to know what you’re getting into, we recommend doesthedogdie.com, where you can check content warnings for films before you watch (not spoiler-free). Need more movie recommendations? Check out our suggestions for our favourite spy films!