Lots of escape rooms use sound, whether it’s puzzles that rely on audio clues to be solved, a games master giving verbal hints, or just an atmospheric soundtrack to get you in the puzzle-solving zone. Escape rooms that are run mostly through audio are more rare—though 2020 has been pushing for innovation in the format of escape games, and there are increasing numbers of live audio escape room experiences out there, hinted, acted, and led remotely by a GM. But if the idea of scheduling yet another Zoom call fills you with angst and torment, fear not—there are self-directed options for audio escape games out there too. Here’s LockHouse’s overview of two different audio escape games, Escape This Podcast and 3D Escape Room: Frequency. They’re both free, fun experiences, and the audio format means you could play with your eyes closed (okay, maybe not. But it’s worth a shot). 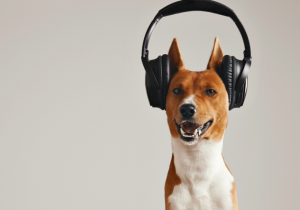 This could be you.

Escape This Podcast is a podcast (no points for working that one out), sort of like what you’d get if you combined all the best bits of escape rooms and tabletop roleplaying in some Frankensteinian experiment. It’s an escape room, but without a room: the games master (designer and host Dani Siller) describes everything, and the players (guests on the podcast) are free to interact with it, finding and solving puzzles as they progress through the story. There’s a huge back catalogue of episodes, so there’s enough to keep you going for a good while, even if you’re planning on spending every remaining minute of lockdown listening to podcasts about escape rooms. (We sure are.)

One of the coolest things about Escape This Podcast is that there are a bunch of different ways to interact with it. If you’re looking for a chill listening experience, you can simply listen along with the podcast. It’s fun to lose yourself in whichever of the (immensely varied and creative) settings is being described, trying to come up with your best guess at the solution before the players get there, safe in the knowledge that if you don’t get it, someone else will soon. But Escape This Podcast also provides all the materials for each escape game, so you can actively play along, or try to solve it yourself before listening to the episode. Or, if you can convince your friends to join in, you can use the materials to play the escape game with your own group! And, bonus, finally: a bunch of the episodes are available converted into text-based adventure game format, making them even easier to explore, particularly if you’re playing by yourself.

The biggest strength of Escape This Podcast (in our opinion) is its creativity. The puzzles are all well-supported by a story framework, and because it’s an audio medium, the only barriers to what the setting can achieve are in the boundless imagination of the players and listeners. This allows for some delightfully original settings for escape games, and it also lets the puzzles themselves involve things that would be difficult to pull off in a real-life escape room with physical components. 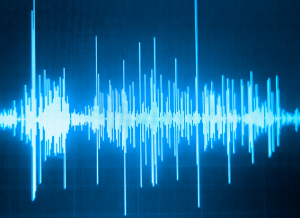 3D Escape Room: Frequency is, so far as we know, unique. It’s a self-contained, self-directed audio escape room experience, and it’s entirely audio, with no visual components. All you need is the playlist of tracks, a timer, and maybe a pencil and paper just in case, and you’re good to go. It’s an hour-long escape room, playable from home, with incredible production quality, and it’s free to play! Why aren’t you playing it right now?!

The premise of Frequency is a tense mission reminiscent of The X Files: locked in the trailer of a conspiracy theorist, the three protagonists have one hour to solve a sequence of puzzles and prove the abilities of humanity: if they fail, then the aliens will take over Earth. The voice acting from the cast of characters is great, and the audio editing and soundscaping are fantastically immersive. (The game recommends playing with headphones to get the best experience.) Listening to Frequency feels like listening to an audio drama, except also there are a bunch of puzzles in it.

The tracks provide you with an audio puzzle. They’ll run through the audio clues multiple times, interspersed with bits of dialogue as the characters start to solve the puzzle. If you listen to the end of a track, you’ll hear the characters working out the solution. The aim is to be as quick as possible, so you’ll need to be a bit speedier than the characters themselves—when you think you’ve worked out a code, pause the audio, and move on to the track with a name matching the code you’ve found. As well as eliminating the need for a hints system, having the characters solve the puzzle lets you feel smart when you work out the solution before they do.

The audio medium does present a couple of obstacles, mostly in terms of pacing. Since you’re not presented with all the puzzle components up front, but have to listen for them, the line between what’s ‘puzzle’ and what’s ‘hint’ can get a bit blurry. A couple of puzzles involve manipulating the audio tracks in a way that the player is unable to do themself, so you’re stuck listening until the characters do what you wanted them to. Conversely, sometimes the characters will have an idea before you were done trying to figure it out on your own. To minimise that, it’s worth pausing the track after each new bit of information until you’re sure you’re ready to hear more (slows it down, but reduces the chance of ‘spoilers’ from the characters). Overall, though, the majority of the puzzles make good use of the audio medium, and Frequency is an exciting and enjoyable way to spend 60-ish minutes of quarantine.

Audio escape games are just one way of playing escape rooms at home! If you’re buzzing for puzzling, which is a phrase I instantly regret typing, try playing an escape room board game, or check out our list of free online escape games. And if you’re feeling inspired by Escape This Podcast, we’ve got some tips for including puzzles in tabletop RPGs!

LockHouse Escape Games is currently closed. We’ll be keeping up our series of LockHouse Lockdown blog posts—stay tuned for all things escape rooms, board games, tabletop RPGs, media recs, and more. Plus keep an eye on our social media for everything from updates to brainteasers! We’re on Facebook, Instagram, and Twitter, so stay in touch!