Which Type of Escape Room Player Are You?

Forget your star sign or your Hogwarts house, the best measure of your true personality is the version of you that emerges when you’re playing an escape room. It’s the same as your everyday personality, except five times more enthusiastic. All sorts of people play escape rooms – but here are some of the main types we notice.

You’re not ‘bossy’, you’re organised and motivated, with a natural inclination towards taking charge. Things can get quite busy inside escape rooms, particularly with larger groups of people – the leader is the one who’ll cut through the chaos, making sure that everyone’s staying on track.

Strengths: Making sure no puzzle gets overlooked.

Works well with: The Probably-Screaming One

You’re going to get through this room one way or another – and you’re not above guessing all 10,000 possible combinations to that lock, if that’s what it takes. For some players, finding a working solution is more important than anything, even the puzzles themselves. As the pressure rises, the results-focused players will be the ones desperately trying any combination or work-around in order to escape.

Strengths: If you were really trapped in a tomb or averting an asteroid strike, this is who you’d want to have with you.

Works well with: The Moral Support 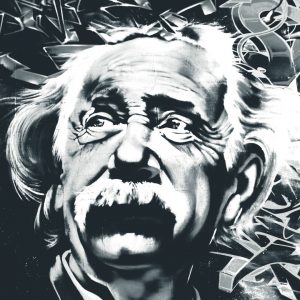 You knew memorising the periodic table would come in handy someday! These players are ready for any intellectual challenge, make dazzling logical leaps, and are always on the lookout for a clever solution (sometimes to the extent of overlooking the obvious in favor of the most complicated solves possible!).

Often heard saying: “Hear me out – what if…”

Strengths: Never running out of ideas or suggestions.

Works well with: The Straightforward Solver

You’re here to try your best, armed with determination and the knowledge that 2+2 = 4. While the geniuses are running rings around the puzzles, these players are more likely to go for the simple solutions first – and, often, are surprised at how well they end up doing!

Often heard saying: “What if we just tried…”

Works well with: The Resident Genius

You know what to expect; you’ve watched horror films! These players are less focused on the puzzles and more immersed in the atmosphere of the experience – and having a wonderful time! Every successfully-solved puzzle, unexpected door, or rubber snake is likely to result in a lot of excited yelling.

Strengths: Keeping the whole group enthusiastic and engaged with the story.

Works well with: The Leader 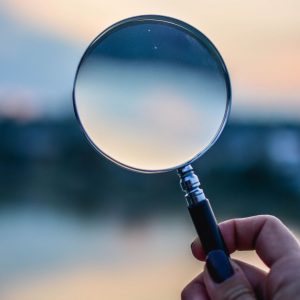 From concealed codes to hidden hinges, nothing escapes your notice. You can only solve the puzzles if you’ve found them, and these players will often accumulate armfuls of as-yet-unused pieces, just waiting to find where they go.

Strengths: Keeping things moving, with no awkward pauses while everyone looks for the missing piece.

Works well with: The Pro

The escape room bug has claimed you – you’ve played five rooms already this week, and you’ve got it down to an art. These players will spring into action the second the door closes, puzzle-solving with a speed and determination that’s both impressive and, if we’re honest, a little bit terrifying.

Often heard saying: “This was much better than the other ones I’ve done!”

Strengths: Knowing what to look out for.

Works well with: The Finder

You might not solve everything yourself, but you’re helping the others! Some teams can run the risk of getting stressed, argumentative, or frustrated – but these players are here to make sure that the mood doesn’t drop, cheering their friends on and encouraging the team. Turns out the real puzzle solution was the friends you made along the way.

Works well with: Everyone!

Every player has their own quirks that makes them an absolute joy to have in the escape room.  Not sure which one you are? Come play a game and find out!